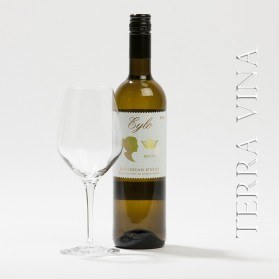 EYLO WINES TAKE TWO MEDALS AT MUNDUSVINI AWARDS 2013
'Bodegas Eylo, from the DO Rueda, has been awarded two Medals at the 2013 MUNDUSvini Awards in Germany. The winning wines are Eylo Rueda 2012, a blend of Verdejo and Viura, which took a Silver Medal and Condesa Eylo 2012, a mouth-watering 100% Verdejo which won a Gold Medal. With more than 6,000 entries, this competition is regarded as one of the toughest wine judging events globally. The event, held in Germany, received 6,212 entries from 44 different countries. It has been an excellent year for Bodegas Eylo – the quality and character of these wines have earned them seven medals so far this year. '